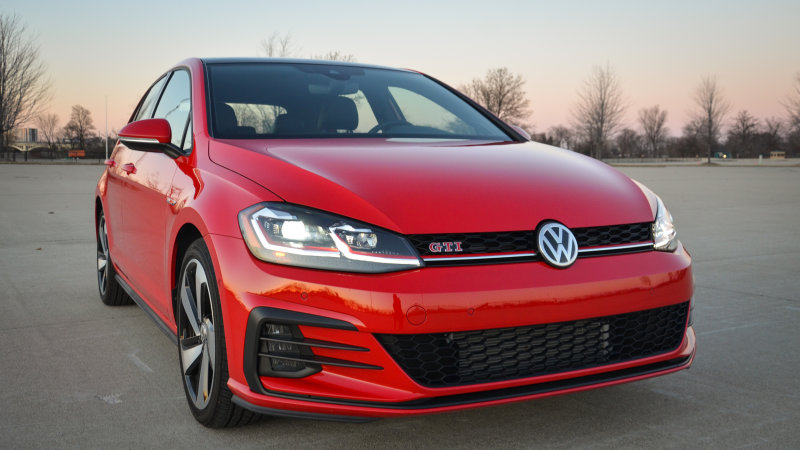 The 2019 VW GTI hot hatchback has picked up yet another accolade besides being a perennial enthusiast favorite: the IIHS Top Safety Pick award. That makes it one of very few ostensibly sporty compacts with such a high safety award.

The GTI earned its award by getting the highest “Good” rating in all of its crash tests except the passenger small-overlap test. In that test, the GTI scored the second-highest “Acceptable” rating. The GTI’s available automatic emergency braking system also earned top marks for preventing a crash at speeds up to 25 mph. The GTI’s available LED headlights also were rated as “Acceptable,” which was enough for Top Safety Pick. To get the highest Top Safety Pick+ score, the passenger small-overlap and headlight performance would have to improve to “Good.”

Worth noting is the fact that only the available LED headlights earned an “Acceptable” rating. The base S trim level’s headlights were rated “Poor.” Also, the automatic emergency braking system is standard on all but the S trim, in which it’s an option. Interestingly, the GTI is the only Golf tested by the IIHS to get the Top Safety Pick, due to poor headlight performance on other models. We would expect the Golf R to get the same rating as the GTI, but it doesn’t appear to have been tested by the IIHS yet.

2020 Chevrolet Silverado allows you to spec the 6.2-liter V8 on more trims