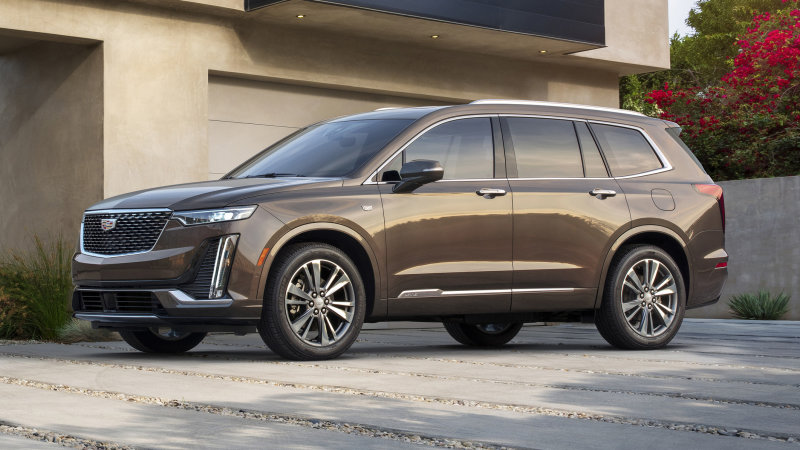 Thanks to the EPA’s fuel economy website, we finally know how frugal the 2020 Cadillac XT6, the brand’s first three-row crossover, is with gasoline. The most efficient is the front-wheel-drive version, getting 18 mpg in the city, 25 on the highway and 20 in combined driving. The all-wheel-drive XT6 is just barely behind it with 17 mpg in town, 24 on the highway, and 20 combined. Both versions share the same 3.6-liter V6 with 310 horsepower and 271 pound-feet of torque and the same nine-speed automatic transmission.

These numbers put the Cadillac XT6 very much on par with the competition. Both the four-cylinder and V6 versions of the Audi Q7 get 21 mpg combined, just beating the XT6, and both feature standard all-wheel drive. The Q7 with an inline-four makes less power at 255 horses while matching the XT6’s torque at 273 pound-feet. The V6’s 329 horsepower and 325 pound-feet beat the Caddy, though. Both Audi and Cadillac have almost the same starting price at about $53,000.

Every version of the Acura MDX tops the XT6, including the least-efficient MDX A-Spec, which manages 21 mpg in combined driving. The non-A-Spec all-wheel-drive model gets 22 mpg combined, and the front-drive MDX hits 23 mpg. But the best is the Sport Hybrid that delivers 27 mpg combined. All of the non-hybrid MDXs are less powerful and less torquey than the Cadillac, though, at 290 horsepower and 267 pound-feet of torque. The Sport Hybrid is a bit more powerful and torquey than the Cadillac with 321 horsepower and 289 pound-feet of torque. The Acura does start at a lower price of just over $45,000.

The XT6 does beat one of its three-row crossover rivals, though. Its 20 mpg combined rating is comfortably ahead of the Mercedes-Benz GLS-Class’s most efficient V6 version at just 18 mpg. But the Mercedes also delivers 362 horsepower and 369 pound-feet of torque, and there are even more powerful, but less efficient, V8s on offer. The Mercedes is much more expensive than the Cadillac with a base price of over $70,000.