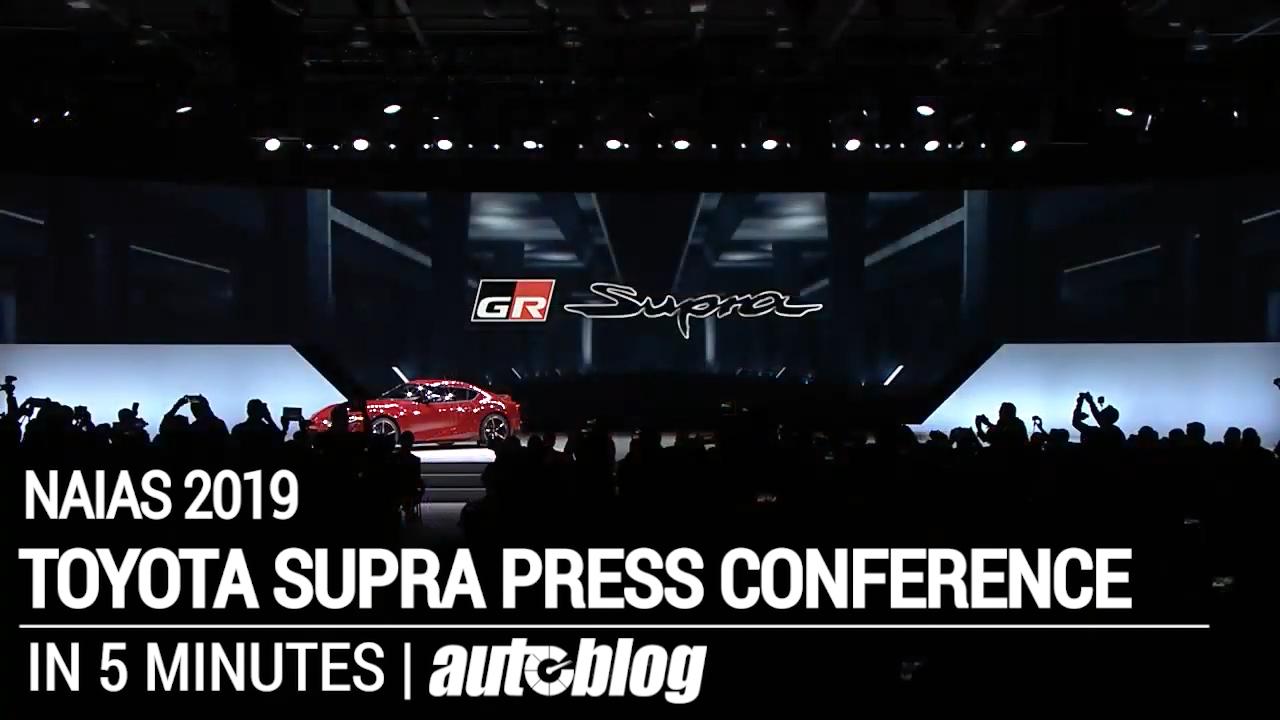 The bits and bobs we saw revealed on the Toyota Supra TRD Performance Line Concept are ready for primetime. TRD put them on display on Facebook last week, and at least one Japanese dealer showed the handiwork on a show-floor Supra. The good news is that they look just as good as they did on the concept, made from carbon fiber reinforced plastic and given a lustrous coating over a perfect weave pattern. The bad news is that they probably won’t be the least bit inexpensive.

A three-piece front splitter leads things off. It increases downforce and reduces lift, but it also lowers the car by 14 millimeters (0.55 inch). The rocker extensions carry shark fins at their leading and trailing edges, said to smooth airflow along the body and around the rear three-quarter. They also lower the ride height by four millimeters (0.16 inch). Above them, a set of CFRP panels on the door close off the side intakes. The coupe’s chief engineer said the Supra’s standard cooling system is good enough, the vents there in case aftermarket mods need more air.

A rear spoiler stands guard at the rear of the decklid, above a diffuser that wraps around the backs of the rear fenders into side spoilers. That diffuser has the greatest effect on ground clearance, reducing ride height by 24 mm (0.95 inch). The CFRP mirror caps are just for show, as are the 20-spoke, 19-inch forged aluminum wheels painted black and shod in Michelin Pilot Sport rubber. Those front wheels are nine inches wide, the rears ten inches.

A forum member at SuperMkV did a straight yen-to-dollar conversion on the parts based on prices from a dealer web site. For the front splitter, side skirts, rear side spoilers, trunk spoiler, diffuser, door “garnish,” wheels, and wheel locks, the total came to $23,522. Even if the price were halved for our market, that money would buy a lot of actual performance-enhancing treats – maybe even a 2JZ-GTE for anyone ready to do a lot of their own wrenching.

We look forward to the financial details whenever TRD decides to bring the parts over. It shouldn’t be long now.