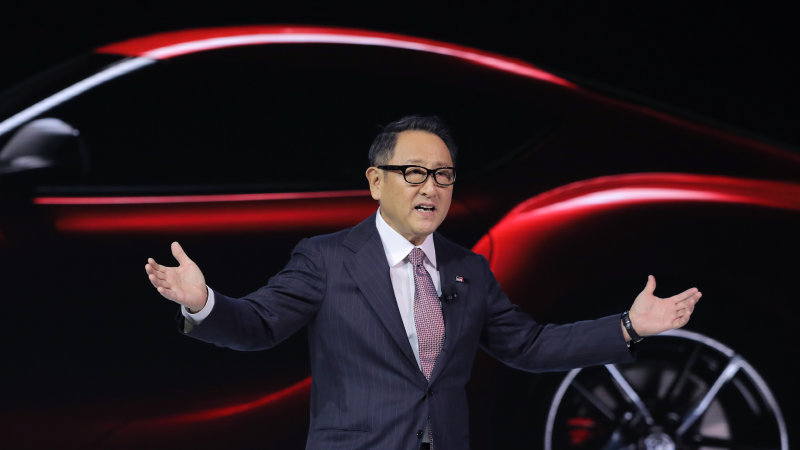 TOKYO — Japan’s automakers’ lobby said on Tuesday it was dismayed by President Donald Trump’s declaration that some imported vehicles and parts posed a threat to U.S. national security, as the industry braces for a possible rise in U.S. tariffs.

Trump made the unprecedented designation of foreign vehicles on Friday but delayed for up to six months a decision on whether to impose tariffs to allow for more time for trade talks with Japan and the European Union.

“We are dismayed to hear a message suggesting that our long-time contributions of investment and employment in the United States are not welcomed,” said Akio Toyoda, chairman of the Japan Automobile Manufacturers Association.

“As chairman, I am deeply saddened by this decision,” Toyoda, president of Toyota, said in a statement.

Trump has threatened to impose tariffs of up to 25% on imported cars made by foreign automakers, a move which automakers have argued would ramp up car prices, curb the global competitiveness of U.S.-made vehicles and limit investment in the country, the world’s No. 2 auto market.

The United States is a vital market for Toyota, Nissan, Honda and other Japanese car makers. Autos and components are among the Asian country’s biggest export products.

Most of Japan’s major automakers operate plants in the United States. The Japan Automobile Manufacturers Association notes that its automakers build about 4 million vehicles a year in North America, or 75 percent of what it sells here. Many are built for export, helping lessen the U.S. trade deficit Trump is concerned about.

Major automakers have announced a slew of investments in the United States since Trump took office in January 2017 and put pressure on the industry to create more U.S. jobs.

For its part, Toyota has pledged to invest almost $13 billion in the United States between 2017 and 2021 to boost manufacturing capacity and jobs.

This includes $1.6 billion for a vehicle assembly plant in Alabama jointly run with Mazda.