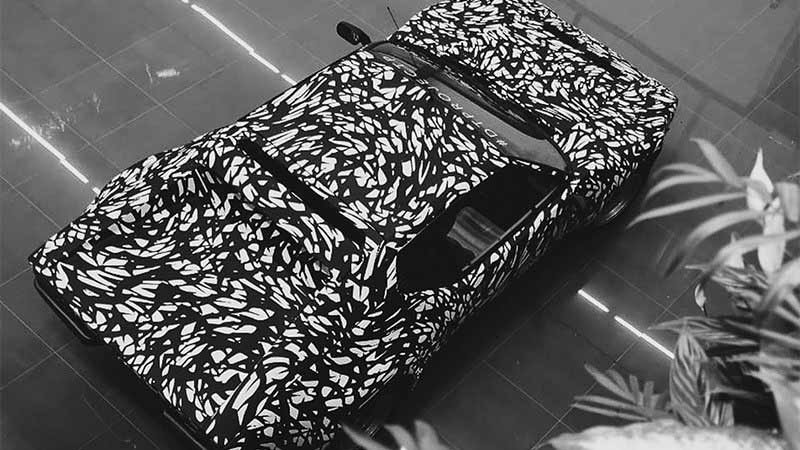 A slinky camouflaged coupe prowled Geneva lanes this year during the Geneva Motor Show, its only identifier a windshield banner reading “DTProjectP.” The phrase and the shape were giveaways, the car looking well and truly like a refined version of the De Tomaso Pantera. The suspicion at the time was that Consolidated Ideal TeamVentures (CIT), the Hong Kong investment consortium that bought the rights to De Tomaso in 2014, was getting locked and loaded for a public resurrection. That’s now confirmed to be the case, CIT announcing it will debut “Project P” on July 4 at the Goodwood Festival of Speed celebrating De Tomaso’s 60th anniversary.

In case you’ve forgotten, CIT is the same moneyed bunch that bought Gumpert in 2014, renamed the company Apollo — previously the name of Gumpert’s only car — and delivered the demonic hoot known as the Intensa Emozione in 2018.

CIT has spent even more time on its revival of De Tomaso. According to a conversation The Drive had with Apollo CEO Norman Choi and general manager Ryan Berris, the company has spent its time studying the history of Alejandro de Tomaso and his brand, the point being to do more than merely remake a classic. Said Berris, “I am sure there is no shortage of skeptics who have their reservations about the credibility and execution of a potential revival of this legendary marque. And rightfully so. But I think once people see the new car and hear the story behind the brand and our revival, that they may take a pause to collect their thoughts. It was and is important for us to do things right.”

There’s a lot of history to pour into one car. De Tomaso left his native Argentina at 27 years old, racing for at least three teams in four years, including Maserati, before starting his own car company in 1959. He tried to build his own Formula 1 chassis; when that didn’t work, he helped Frank Williams develop a chassis for the precursor team to Williams F1. Then came 40 years of road cars starting with the Vallelunga in 1963, followed by the Mangusta, Deauville, Pantera, Longchamp, and ending with the troubled Guara that managed just 50 units built from 1993 to 2004. On the side, De Tomaso had spells as owner of Maserati and Moto Guzzi, design firms Ghia and Vignale, and took over Innocenti in order to build sportier versions of the original Mini. There were also the that Daihatsu Charade De Tomaso and Chrysler TC by Maserati, both of which we expect to have zero influence on the Project P.

Berris said the concept we see at Goodwood will be the product of the “existing technical partnerships” that developed the Apollo IE, and “will not be a static show-car shell.” It’s safe to deduce that HWA, the racing firm run by AMG co-founder Hans-Werner Aufrecht, has had plenty of input. We have three weeks until we get a look at the output.

Trump delays car tariff decision for up to six months