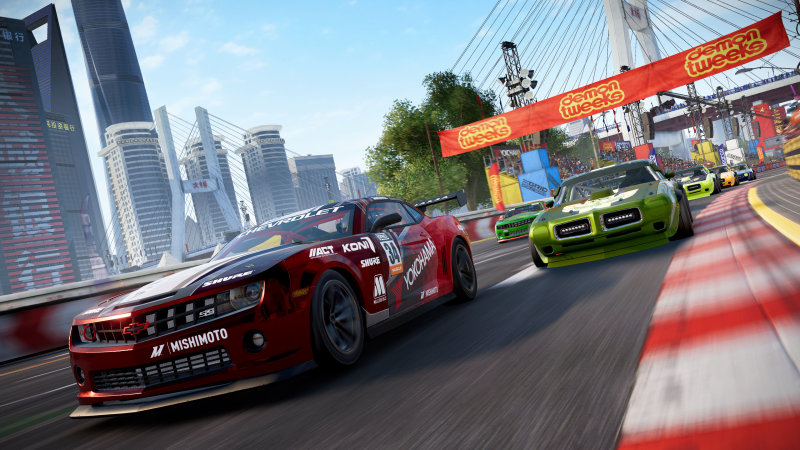 After a nearly five-year hiatus, Codemasters is bringing back the GRID racing video game series. The company announced the fourth installment of the series will launch this September, though confusingly, it’s simply titled GRID, like the original.

Confusing name aside, GRID appears to feature everything that made the original games unique. It has a wide array of vehicles both new and old. This is evident in the screenshots above that show new Trans Am series Camaros alongside vintage versions, as well as VW GTI touring cars and a Ferrari 488 race car. The racing will be highly varied, too, with different classes of vehicles, circuit and point-to-point races on race tracks and on streets. The San Francisco course shown above looks particularly fun.

Codemasters has also teamed up with some real-world racing drivers and organizations. World Time Attack is featured, which is a series in which highly modified cars compete for the best lap times at race tracks. Former Formula One champion Fernando Alonso will also star in the game as the head of a racing team you will face off against. Beating his team will give you a shot at racing him in his classic Renault Formula One car. Though the main focus of the game is to earn points in various racing disciplines to win the game’s fictional GRID World Series Championship.

The launch date for GRID is Sept. 13. It will be available for PlayStation 4, Xbox One and PC.