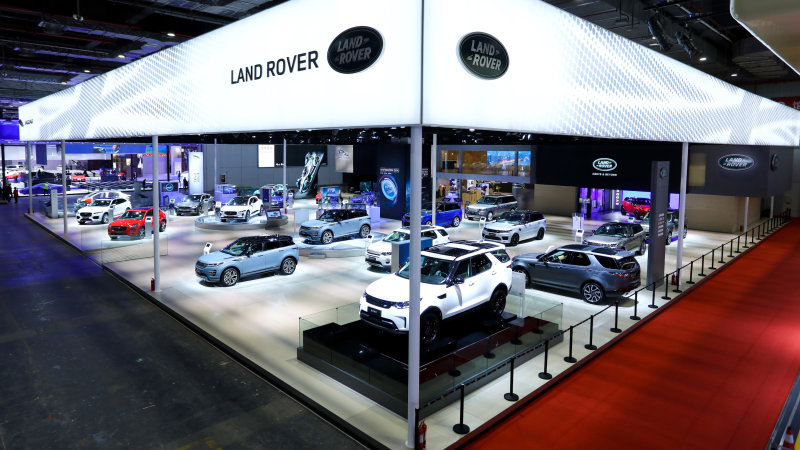 Jaguar has posted its first profit in quite some time, as the financial quarter ending on March 31 brought in a net income of $151.6 million. However, that is the light in the end of the tunnel, as full year results through March showed a $4.58 billion loss (£3.6 billion).

The losses are again attributable to declining sales in China, with a whiff of the still-lingering Brexit process. While JLR’s annual U.S. sales were up 8.1 percent, and U.K. sales improved by 8.4%, overall sales came down 5.8% to 578,915 vehicles. For April, Chinese sales nearly halved as they dropped by 46 percent.

JLR’s CEO Ralf Speth stated that the company is “reducing complexity” and transforming its business by cost savings and cash flow improvements, citing the fourth-quarter profits as an example of the ongoing turnaround. Speth said JLR has already managed to deliver $1.59 billion (£1.25 billion) of efficiencies and savings.

JLR says its turnaround program, dubbed Charge, will drive it to at least $3.18 billion (£2.5 billion) of investment, working capital and profit improvements by March 2020, and that it currently has $4.84 billion (£3.8 billion) of cash. Speth continued that JLR will “go forward as a transformed company that’s leaner and fitter,” and that the sustained investment in new products and technologies will drive future demand.

There has been earlier speculation of Tata Motors selling JLR to the PSA Group, but as Autocar reports, Tata’s financial chief again refuted these rumors.

JLR also announced today that its CFO of 11 years, Ken Gregor is stepping down after 22 years with the company, and that he will be succeeded by JLR’s Chief Transformation Officer, Adrian Mardell.