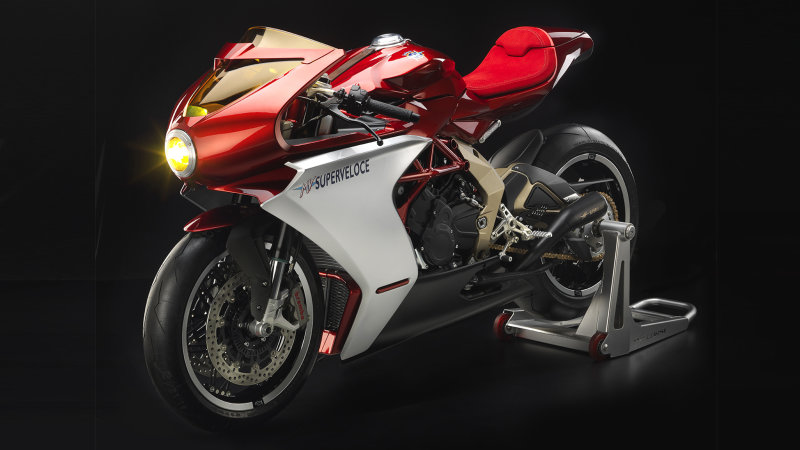 MV Agusta has a strong reputation for sculpting some of the most ravishing two-wheeled machines on the market, and the Superveloce 800 is no exception. First shown at the 2018 Esposizione internazionale del ciclo, motociclo, accessori (EICMA) as a concept, the Superveloce 800 has now been reaffirmed for production.

When MV Agusta launched the SV 800, it said the concept was a “precursor to the model that will be produced in the second half of 2019,” but the company has been mute on the manner ever since. That changed this week when MV put up two extremely sensuous Instagram posts. The first is captioned, “We feed your desire. The MV Agusta Superveloce. Coming 2020.” The second is captioned, “Superveloce. The most desirable and anticipated bike of 2020.”

Typically, those kinds of statements from manufacturers are eye-rolling hyperbole, but in the case of this stunner, it might be accurate. MV Agusta says the SV 800 is neo-retro. It’s based on the company’s F3 800 platform and has styling drawn from the past. It features a round LED headlight and round LED taillight, a TFT display, carbon fiber fairings, a three-exit exhaust system (two on the right side, one on the left), and lines that mimic those seen from the 1970s. The new exhaust and airbox have slightly increased the power from the F3, but MV did not elaborate any further.

MV Agusta design director Adrian Morton says he’s been waiting to do a project like this for about 10 years. He notes that MV has an incredible history, but he has never been able to fully express that through the design of a modern motorcycle. The SV 800, which was originally supposed to be an isolated design exercise, finally allowed him to do so.

The result has been so well received that it will now be sold as a regular production motorcycle. Watch the creators discuss the bike below, and check back later in the year for further updates on specs, pricing, and availability.