It’s no secret that SUVs have gotten expensive, especially if you want the latest features and technology. A fully loaded Honda CR-V, for example, now costs more than $37,000. As for a top-of-the-line Chevrolet Suburban, that’s more than $80,000. But if you’re on a budget and need a new SUV that won’t completely break the bank, you still have options. And if you have a little extra to spend, you may be surprised how inexpensive some luxury SUVs can be.

So we put together a list of the least-expensive SUVs you can buy today (destination charges are included in the prices). Since different people have different needs, we broke this list down by segment and included both mainstream and luxury examples.

The Kicks may not come with all-wheel drive or an engine that makes more than 125 hp, but as we found in our First Test, it’s a surprisingly good car. And with a base price that slides in right under $20,000, it’s about as affordable as crossovers get.

The Hyundai Kona‘s starting price may not be quite as low as the Kicks’, but it’s still far from expensive. You can also order the Kona with all-wheel drive and a more powerful engine if you can afford to spend a little more.

The Infiniti QX30‘s low base price makes it surprisingly affordable for a luxury crossover, but the styling is anything but low-budget. It’s a seriously good-ooking car that’s also fun to drive.

Both the QX30 and Lexus UX bring plenty of style to the table, but the Lexus is the one you buy if you want to stand out. Its in-your-face styling is guaranteed not to get lost in a crowd.

The Hyundai Tucson would benefit from a full redesign, but a recent update has definitely made it more competitive. Its low price and long warranty make the Tucson an even better deal.

This isn’t the Mitsubishi Eclipse you remember from the 1990s, and if you start adding options, the Eclipse Cross can get pretty pricey. But the base model still stands out on the road and costs less than $25,000.

Buick hasn’t quite managed to shake its reputation as a brand for the elderly, but its latest attempts have included offering several affordable premium vehicles. The Envision, for example, starts well below $35,000.

We’re not sure what’s going to happen to the MKC‘s base price when Lincoln changes the name to the Corsair for 2020. For now, though, it’s one of the few compact luxury crossovers you can buy for less than $35,000.

The Dodge Journey has been around for a long time, but it remains popular for two reasons: It offers a third row of seats, and it doesn’t cost a lot of money. Room for seven for a little more than $25,000? That’s not a bad deal.

The Hyundai Santa Fe comes standard with a long list of features, but what really makes it such a good deal is its price. A base Santa Fe is only a little more expensive than the Journey, but if you don’t need that third row, you get so much more car for your money.

If you want a sports car disguised as an SUV, the Lincoln Nautilus probably isn’t the vehicle for you. If you want a comfortable, good-looking SUV that offers a lot of features for your money, though, give this SUV a serious look.

Like the Nautilus, the Cadillac XT5 isn’t exactly sporty, but its comfortable ride and better-than-expected handling make it a nice choice for less than $45,000. If that’s what you’re looking for, you can’t go wrong with the XT5.

For some buyers, a car-based crossover with a turbocharged four-cylinder simply won’t do. If you’re one of those people, look no further than the Nissan Armada. It’s a body-on-frame SUV with a naturally aspirated V-8 and a low starting price.

Like the Nissan Armada, the Chevrolet Tahoe is a good, old-fashioned body-on-frame SUV. And while no one will argue that $50,000 makes it cheap, it’s pretty affordable compared to other full-size SUVs.

Do you like the Nissan Armada but wish it was more luxurious? Then the Infiniti QX80 is the SUV for you. It’s pretty much an Armada that’s been dressed up and given a new look. It’s also way cheaper than a Range Rover.

There’s a new Mercedes-Benz GLS on the way for 2020, but even though it’s outdated, the current GLS has a distinction that few Mercedes-Benz models have earned. It’s actually one of the least expensive models in the segment.

The post The Cheapest New SUVs You Can Buy in Every Segment appeared first on Motortrend. 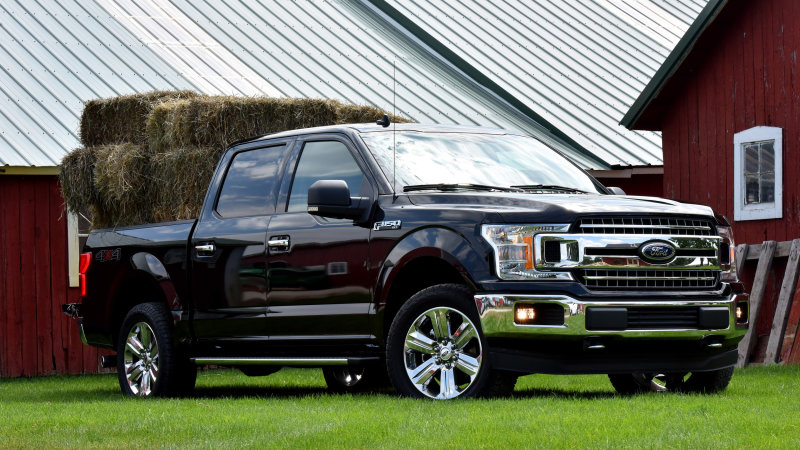