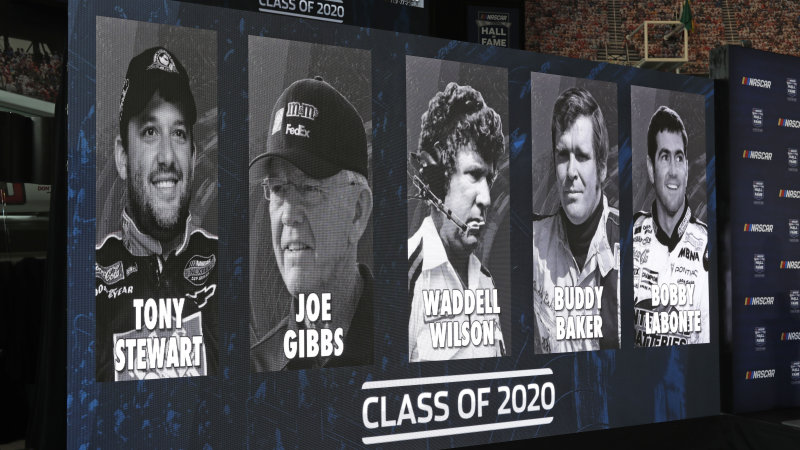 Three-time NASCAR season champion Tony Stewart was elected to the 2020 NASCAR Hall of Fame on Wednesday in a class that also includes team owner Joe Gibbs, who joined a second sport’s Hall of Fame.

Gibbs already was a member of the Pro Football Hall of Fame for leading the Washington Redskins to three Super Bowl championships.

Also voted into the NASCAR Hall of Fame class of 2020 were drivers Bobby Labonte and Buddy Baker as well as crew chief and engine builder Waddell Wilson.

For Stewart, getting in with his old boss Gibbs, teammate Labonte, team member Wilson and even acquaintance Baker just added to the thrill.

“To me, it’s even way bigger than us getting in — the fact that the guy that really was responsible for getting me to Joe Gibbs Racing was Bobby Labonte,” said Stewart. “And getting Coach (Gibbs) in as well. And even before that, there was Waddell Wilson, who was with Harry Ranier in 1996 when I started with Ranier-Walsh Racing.

“The four of us going in at the same time … there’s personal ties to all three of those guys, and even Buddy Baker. When I went through the Buck Baker School, Buddy actually was there one day and watched me run the car. It’s just really cool how the four guys that are going in with me, I have a connection with at early parts of my career.”

Labonte won the 2000 Winston Cup, then the name of NASCAR’s top series, while driving for Joe Gibbs Racing (JGR). Stewart won the 2002 Winston Cup title for JGR, then repeated the feat in 2005, when the top series was called the Nextel Cup.

Stewart, 48, also captured the 2011 Sprint Cup while driving for his own Stewart-Haas Racing team. In all, Stewart won 49 race in NASCAR’s top circuit, 14th all time.

“Tony was a lock,” said four-time Cup Series champion Jeff Gordon, who was inducted into the Hall’s 2019 class. “So, I’m not really surprised about that.”

Gibbs and JGR claimed another championship, the 2015 Sprint Cup, with driver Kyle Busch.

“This couldn’t be any better for me, to get a chance to go in with those two guys,” Gibbs said of Stewart and Labonte. “So I think we’ll have fun. I think it’ll be a great time for us, and I’m thrilled that I can ride their coattails here.”

Labonte, 55, was a 21-time winner in the top series. He had to wait a bit to get into the Hall, as this was his third year on the ballot.

“I didn’t want to watch the broadcast (of the announcement), because I didn’t know if it was going to happen — a lot of emotions, I guess you’d say,” Labonte told reporters. “After a couple years it was like, ‘Maybe I won’t get in.’ So you think about it, and then you don’t want to think about it.

“Whenever it comes down to today, and you see who is inducted into it, you think, ‘Man, what an awesome day and feeling for everybody that got voted in.’ As far as Joe and Tony and myself, I’m just so thankful to be in with them. It just really is an honor.”

Baker, who died in 2015, won the 1980 Daytona 500 among 19 victories in the leading series. His father was NASCAR Hall of Fame driver Buck Baker.

The five honorees were selected from a list of 20 nominees. Stewart was named on 88 percent of the 59 ballots, while Gibbs got 72 percent, Wilson 72 percent, Baker 70 percent and Labonte 67 percent.

Edsel Ford II was selected as the Landmark Award winner. He was Ford Motor Company president and chief operating officer from 1991-98 and was also a director of International Speedway Corporation — a public company controlled by NASCAR’s France family — from 2007 through 2015.

“It means a great deal to me,” Ford said. “I’m honored to be given this award and I feel I have an ambassadorial role within Ford Motor Company and NASCAR, so it’s wonderful. I’m truly honored.” 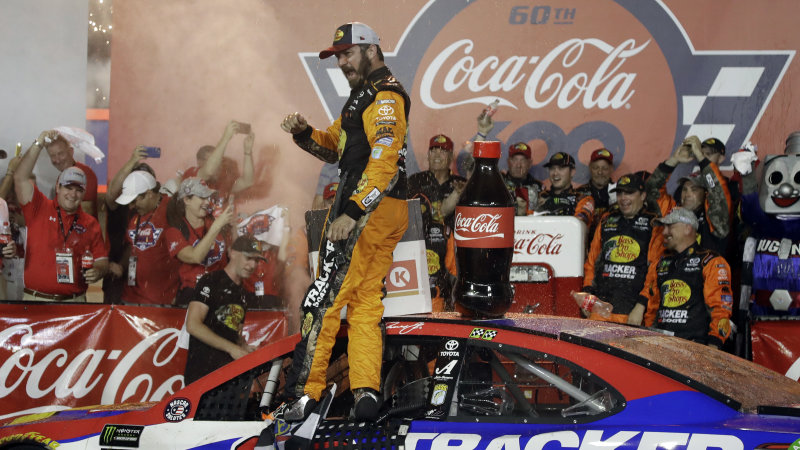