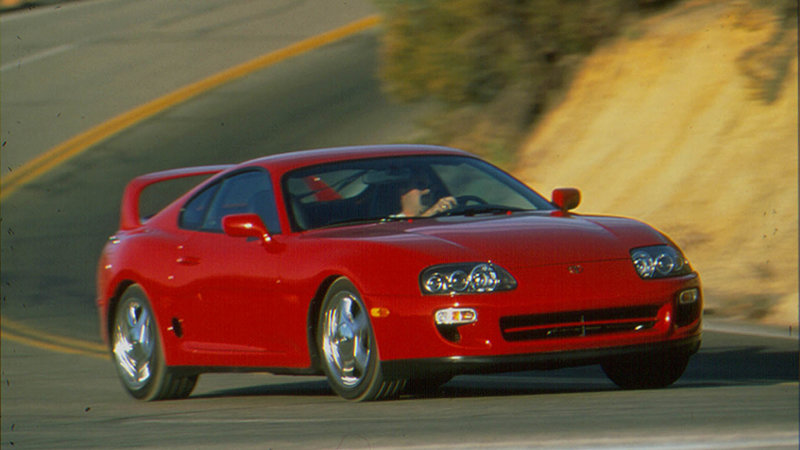 It seems the Japanese sports car wars are heating up once again, after nearly a 20-year hiatus, particularly with Toyota reviving the Supra. Not too long ago, Nissan’s Nismo performance and heritage department recently revealed its efforts to reproduce classic parts for some of its vintage Skyline models. Now, it seems Toyota is following suit as Japanese Nostalgic Car reports that Toyota will soon start remaking parts for its MkIII A70 and MkIV A80 Supra at the Japanese launch of the current model last week.

Word came from head of Gazoo Racing, Shigeki Tomoyama, one of the developmental partners to the new Supra revival. Tomoyama announced the “GR Heritage Parts Project” at the event, which took place at Toyota’s Megaweb showroom in Odaiba.

“We can not answer about specific parts at this time, but we will make every effort to meet the expectations of owners,” Tomoyama told the press during his presentation.

The launch of the GR Heritage Parts Project adds Toyota to the list of manufacturers rebooting the production of parts for heritage models, which already included Nissan, Mazda, and Honda.

Nissan scored highly among Japanese sports car enthusiasts and tuners when it announced it would be reproducing parts for its R32 Skyline GT-R. More recently, the list of reproductions expanded to the R33 and R34 generation models. In the mix was the remanufacturing of its RB26 straight-six motor from the famed GT-R. While not a complete motor, the remake is essentially the short block.

Prior, Nissan also announced other engine parts, such as the head, the original engine harness, and also the fuel pump assembly. The list of parts reproductions also includes various body parts and other hard-to-get items, putting some relief to those currently building or restoring vintage models.

Tomoyama’s announcement wasn’t specific as to which parts will be seeing reproduction. However, if they do end up getting around to remanufacturing parts for Toyota’s equally legendary 1JZ and 2JZ motors, fans are certainly going to be drooling.

“The new Supra is a great car,” Tomoyama further commented, “But I don’t intend to let go of this A80 Supra in my lifetime.”

2020 Chevrolet Silverado allows you to spec the 6.2-liter V8 on more trims