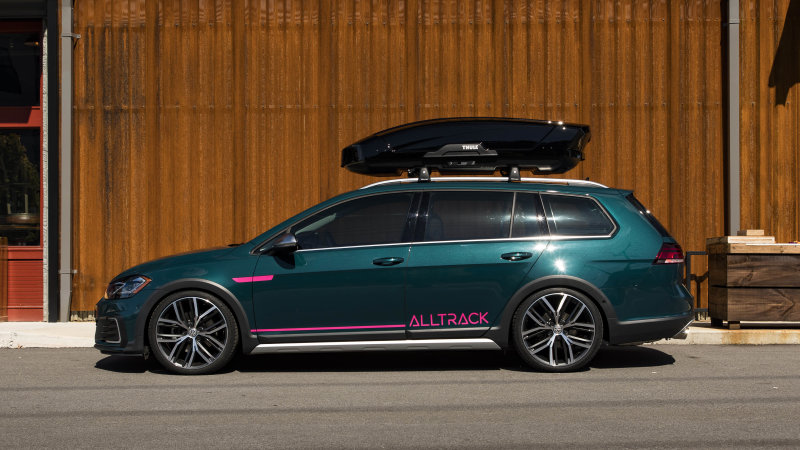 Volkswagen just revealed a bunch of new “concept cars” it plans on taking to SoWo 2019 (Southern Wörthersee). The European Experience in Savannah, GA is going to be where Volkswagen displays these unique designs/tuner cars, including everything from a Rabbit Confetti GTI to a lifted Tiguan.

We’ve already seen some of these cars before, so we’ll stick to what’s new, starting with this awesome Golf Alltrack.

This wagon started life as a normal Alltrack before putting on a front bumper from the Golf GTE. The most noticeable change is how low the Alltrack is to the ground now. We’ve always enjoyed the “rugged” Golf wagon, but this brings the stance back to where we want it to be for a typical wagon with sporting intentions. To get there, VW used H&R VTF lowering springs, but didn’t touch anything else in the suspension. Volkswagen also included the requisite roof rack and massive Thule cargo box that seems to be the norm for adventurers with wagons these days. The wheels completely fill the smaller wheel wells, right on the edge of being a little too big. Another notable appearance add-on is the 90’s themed pink graphic package that stands out against the lush green paint. This wagon happens to be equipped with a lovely manual transmission and uses a Golf GTD short shifter. 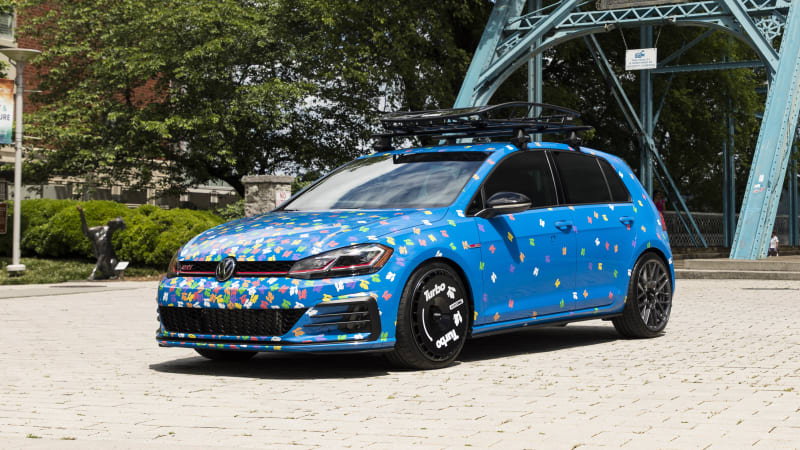 Do you like rabbits? Hopefully, you do, because this GTI has a lot of rabbits on it. The furry guys are arranged in a confetti-like pattern on the paint. There aren’t any wild performance additions to this GTI, but you will see the H&R VTF lowering springs like the Alltrack had on this hatchback. There are 19-inch Rotiform RSE wheels with Rotiform Aerodisk wheel covers. And yes, there are rabbits on the wheel covers. To top it off, this GTI gets a Volkswagen roof rack with a cargo basket from Thule, too. 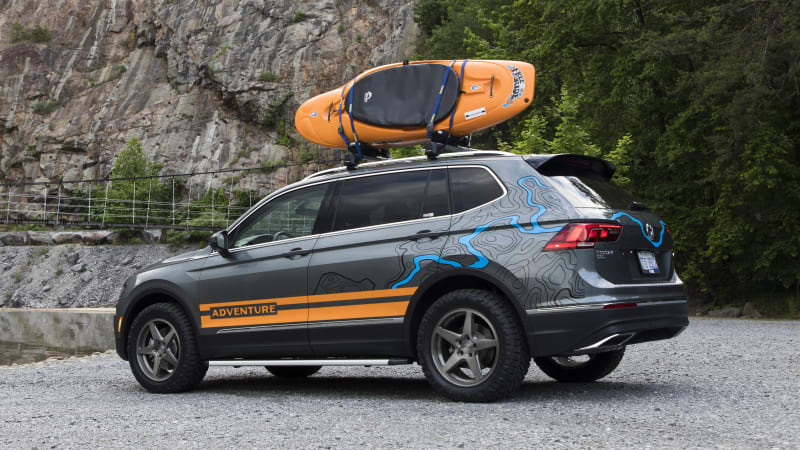 Here’s a modified car that went the other direction compared to the first two: Up. H&R helped with this one, giving the Tiguan a slight lift with its Adventure Raising Springs. VW fitted it with 18-inch Rotiform WGR wheels and all-terrain rubber. Hiding under those new wheels is a big brake kit from Forge Motorsport. A topographic-themed map is printed on the body, but it doesn’t appear to be of anything in particular. Finally, VW included a bunch of other neat stuff like a Bumperdillo protection plate, custom valance kit and aluminum floor mats. 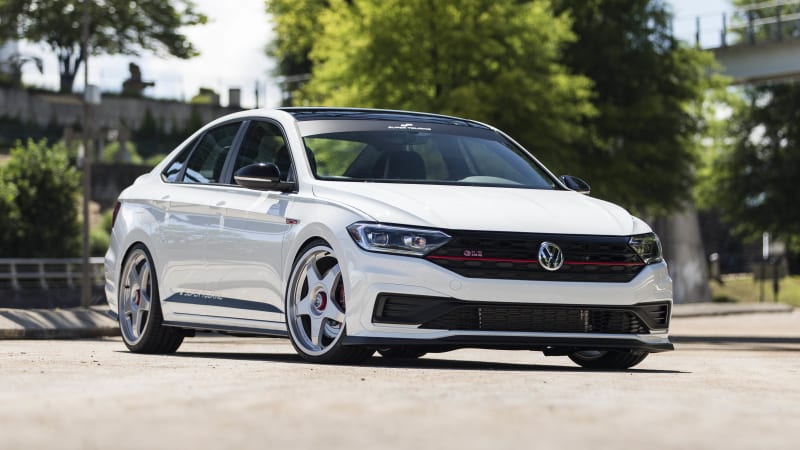 The new Jetta GLI was revealed earlier this year, and we liked it a lot here at Autoblog. This takes the stock hot sedan and makes it look every bit like a starter tuner car. There are legitimate performance upgrades to this one. It gets KW Variant 3 coilovers, a big brake kit and wheels from Fifteen52. VW had to extend the exhaust system to get it to exit beyond the rear bumper and they also added a bunch of “Super Touring” stickers. 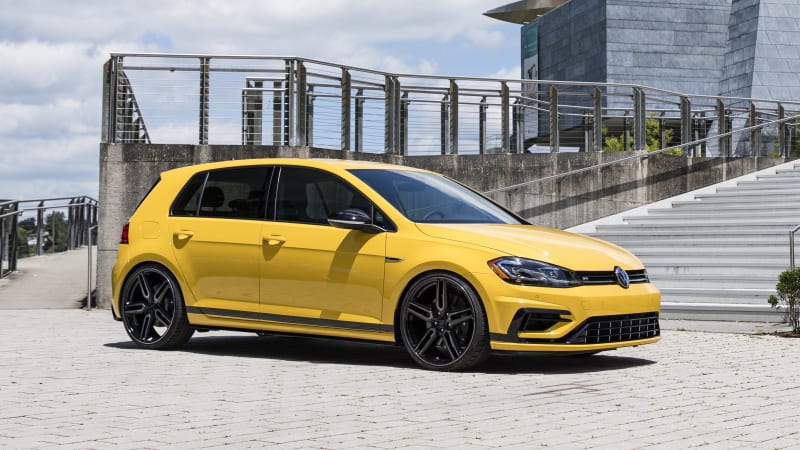 This concept is meant to show off one of the wild colors you can now order with VW’s Spektrum program. There are plenty more than just this one, but Ginster Yellow wouldn’t be a bad choice. Beyond the color, VW has fitted H&R VTF lowering springs, 20-inch Vossen forged wheels and black lower rocker panel accents.

Other models going to SoWo 2019 include the VW Atlas Basecamp Concept, and Arteon R-Line SEMA Concept.

2020 Toyota Supra tries on the first batch of TRD upgrades